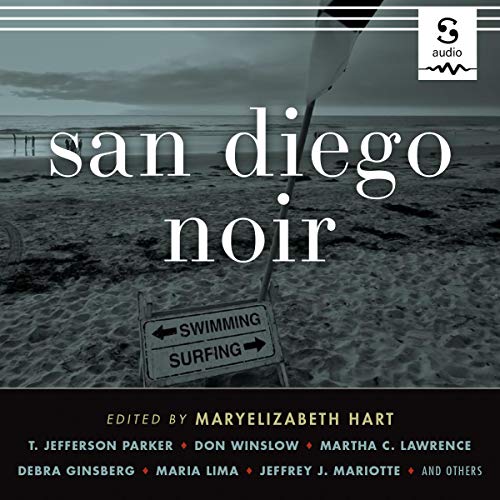 From the introduction by Maryelizabeth Hart:

“The southwestern-most metropolis in the contiguous United States, resting a mere 40 feet above sea level, tends to garner positive national attention. San Diego is home to the world-famous San Diego Zoo, Balboa Park (with its history reaching back to the 1915-1916 Panama-California Exposition), temperate climes, and a sunny reputation. It is also the home of shooter Brenda Ann 'I Don’t Like Mondays' Spencer, disgraced Congressman Randy 'Duke’ Cunningham, and San Diego County medical examiner-turned-killer Kristin Rossum...."

"The city is sometimes referred to as San Diego - Tijuana, a conurbation, with all its attendant border issues - illustrated in true noir fashion in Orson Welles’ classic Touch of Evil, adapted from Badge of Evil by Whit Masterson. A ways up the coast from the border lies the grave of Raymond Chandler, who resided in the wealthy enclave of La Jolla from 1946 to 1959; that area masquerades at “Esmerlada” in Playback, his final Philip Marlowe novel.... I hope that enjoying this intriguing collection will result in you not just thinking of Shamu (the whale of SeaWorld fame), but maybe a shamus or two, when America’s Finest City comes to mind."