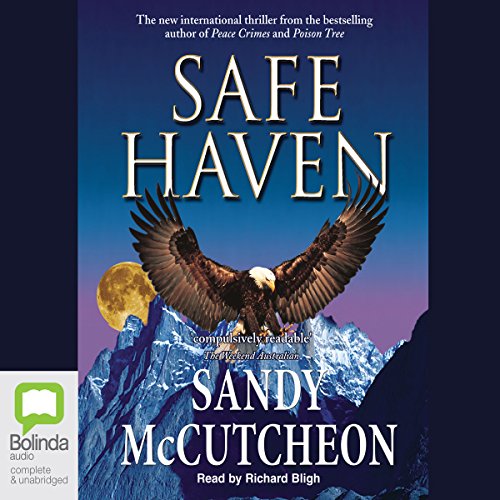 Rife with nail-biting suspense and political intrigue, Sandy McCutcheon's gripping novel tells the story of Oscar Reilly, an agent manipulated into accepting safe haven by his government after some of his colleagues meet unexpected fates abroad.

Richard Bligh's emotive, robust baritone suits the urgency and assertiveness of McCutcheon's lean prose, and Bligh shows off impressive range in his convincing portrayal of the complex and often contentious relationship between Oscar and Anna, the woman he's forced to "wed" as part of his imposed cover.

Betrayed by the governments who used his skills, freelance agent Oscar Reilly has only one choice if he wants to live: to take the authorities offer of safe haven. The catch is, he has to accept a wife as part of his cover. Anna is a young woman with a past of her own and secrets she has no intention of sharing with a stranger. Unexpectedly, she finds herself responding to this mysterious, attractive man. But is her trust misplaced? The past cannot be kept at bay for long and Oscar realises that his enemies are trying to flush him out. Determined to avenge the murder of his colleagues, Oscar embarks on a mission which may cost him his own life.
©2005 Bolinda Publishing Pty Ltd (P)2005 Bolinda Publishing Pty Ltd