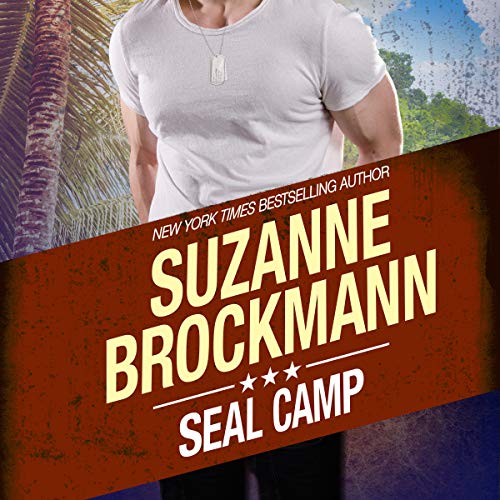 Navy SEAL Lieutenant Jim "Spaceman" Slade's got a problem. A SEAL team is only as fast as its slowest member - and right now, thanks to his battered knees, that's Jim. He reluctantly takes medical leave, but he's a SEAL, so he spends his "vacation" as an instructor, helping out a former senior chief who runs a camp for SEAL wannabes. But to Jim's shock, he finds himself falling for the one woman attending the camp session - an obviously brilliant but seemingly timid lawyer who is determined to do everything her way, no matter how wrong.

Ashley DeWitt's got a problem, too. She's a kick-ass lawyer, but when it comes to her personal life, she's a total pushover. When she finds herself hiding behind her condo dumpster to avoid a confrontation with an ex, she decides enough is enough and signs up for a session at a camp called SEAL World in hopes she'll discover how to be more assertive outside of the courtroom. And then she's assigned to Jim's team....

When an alpha male - smart, funny, strong, but terrified of a future trapped behind a desk - collides with a smart, funny, and quietly strong woman with a troubled past, sparks fly hot and fast.

The tall, dark, and dangerous Navy SEALs of Team 10 are back, with fan favorites like Lucky, Joe Cat, Bobby Taylor and his wife, Colleen, Thomas King, Rio Rosetti - and with Suzanne Brockmann's signature blend of love, laughter, and a hint of danger in SEAL Camp.

I have read all of Ms Brockmann's Tall, Dark and Dangerous series many times over. They are favourites. I especially appreciate this offering, as she confronts all sorts of issues that so many shy away from. Beginning with her personal opening words and continuing on - she has taken on SO MANY troubles countless people are dealing with nowadays...I am totally blown away and can only say...you GO girl! I unreservedly recommend this book. The audiobook is much appreciated and is already on my favourites list of repeats.