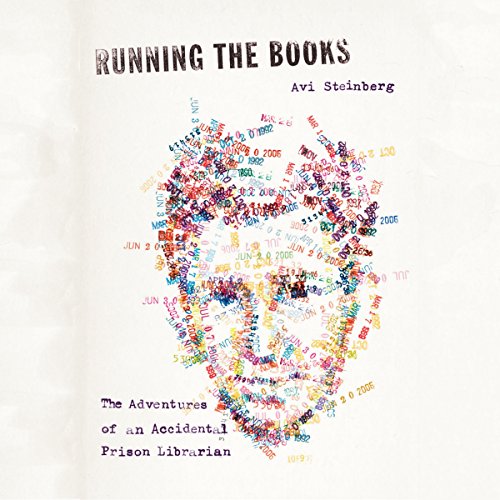 Avi Steinberg is stumped. After defecting from yeshiva to Harvard, he has only a senior thesis essay on Bugs Bunny to show for his effort. While his friends and classmates advance in the world, he remains stuck at a crossroads, unable to meet the lofty expectations of his Orthodox Jewish upbringing. And his romantic existence as a freelance obituary writer just isn’t cutting it. Seeking direction - and dental insurance - Steinberg takes a job as a librarian in a tough Boston prison.

The prison library counter, his new post, attracts con men, minor prophets, ghosts, and an assortment of quirky regulars searching for the perfect book and a connection to the outside world. There’s an amiable pimp who solicits Steinberg’s help in writing a memoir. An industrious gangster who dreams of hosting a cooking show titled Thug Sizzle. A disgruntled officer who instigates a major feud over a Post-it note. An ex-stripper who asks Steinberg to orchestrate a reunion with her estranged son, himself an inmate. Over time, Steinberg is drawn into the accidental community of outcasts that has formed among his bookshelves - a drama he recounts with heartbreak and humor.

Running the Books is a trenchant personal exploration of prison culture and an entertaining tale of one young man’s earnest attempt to find his place in the world while trying not to get fired in the process.

"Steinberg writes a stylish prose that blends deadpan wit with an acute moral seriousness. The result is a fine portrait of prison life and the thwarted humanity that courses through it." ( Publishers Weekly)