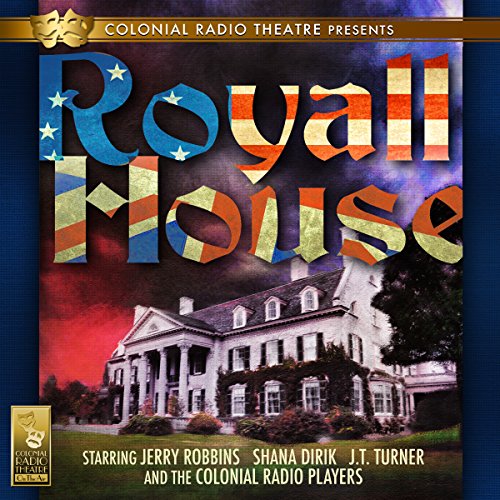 Alexander and Tobias Royall: two brothers. One smuggles tea to New England ports on his ships to avoid paying an unjust tax. The other is a prominent lawyer who supports the crown. One resides in Royall House East, the other in Royall House West. Both have wives and children who also have their various political beliefs. While the colonies of New England are on the precipice of revolution against the crown, the Royall family is about to explode with a revolution within the walls of their homes. Who can be trusted? Brothers, sisters, house servants, and townspeople are all shrouded in a cloud of suspicion, mystery, murder, and betrayal. The award-winning Colonial Radio Theatre on the Air presents this full-cast audio drama complete with sound effects and an original music score.