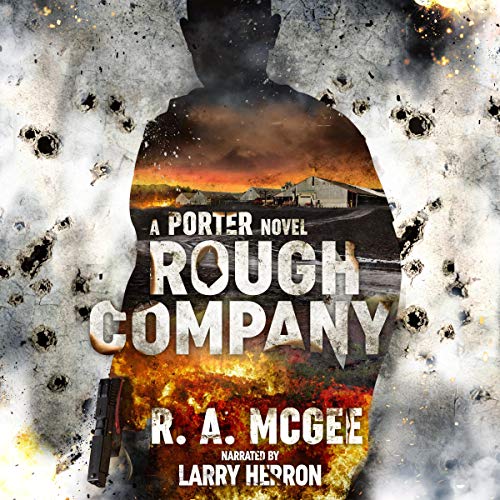 To reunite a father and missing son, there’s no telling how many laws - and bones - he’ll break.

Porter isn’t above breaking the law in the name of justice. So when his cousin pleads for his help in reuniting a military friend with his young son, the former federal agent suits up to settle matters outside of court. But with a vindictive ex and a crooked fiancée thwarting his every move, the custody battle may just end in bloodshed....

And if tracking down an endangered child wasn’t enough of a challenge, Porter finds himself roped into a turf war that threatens to drive his cousin’s bar out of business. With brawling Armenian gangsters, a growing pile of dead bodies, and a prying journalist on Porter’s case, his retaliation comes up two fists shy of law and order.

When the justice system fails the most vulnerable, how much pain is Porter willing to inflict to set it straight?

Rough Company is the third novel in a razor-sharp series of crime thrillers. If you like bone-shattering action, gripping suspense, and quick-witted heroes with nerves of steel, then you’ll love R.A. McGee’s unflinching tale.