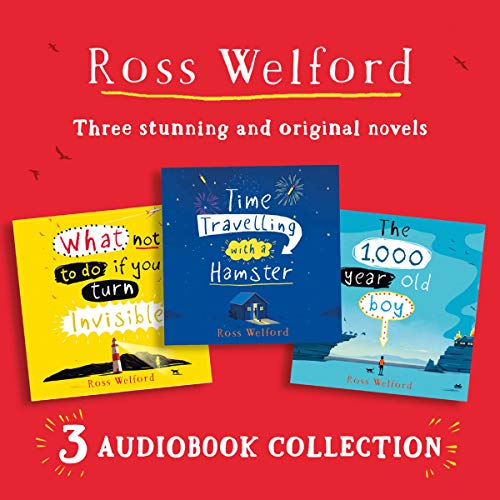 Time Travelling with a Hamster

On Al Chaudhury’s 12th birthday his beloved Grandpa Byron gives him a letter from Al’s late father. In it Al receives a mission: travel back to 1984 in a secret time machine and save his father’s life.

What Not to Do If You Turn Invisible

Turning invisible at will: it’s one way of curing your acne. But far more drastic than 13-year-old Ethel Leatherhead intended when she tried a combination of untested medicines and a sunbed.

It’s fun at first, being invisible. And aided by her friend Boydy, she manages to keep her extraordinary ability secret. Or does she?

Alfie Monk is like any other nearly teenage boy - except he’s 1,000 years old and can remember the last Viking invasion of England. Obviously no one believes him.

So, when everything Alfie knows and loves is destroyed in a fire and the modern world comes crashing in, Alfie embarks on a mission to find friendship, acceptance and a different way to live...which means finding a way to make sure he will eventually die.