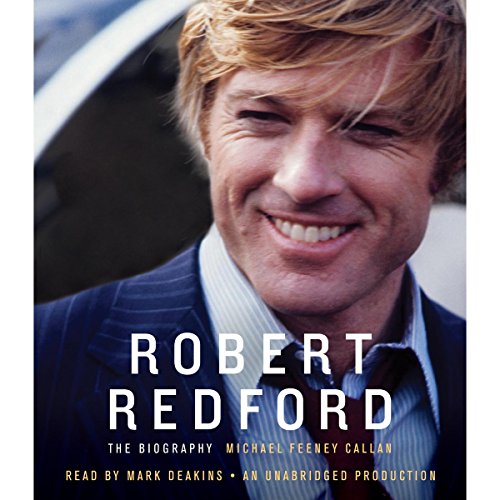 The long-anticipated biography of Robert Redford.

Among the most widely admired Hollywood stars of his generation, Redford has appeared onstage and on-screen, in front of and behind the camera, earning Academy, Golden Globe, and a multitude of other awards and nominations for acting, directing, and producing, and for his contributions to the arts. His Sundance Film Festival transformed the world of filmmaking; his films defined a generation. America has come to know him as the Sundance Kid, Bob Woodward, Johnny Hooker, Jay Gatsby, and Roy Hobbs. But only now, with this revelatory biography, do we see the surprising and complex man beneath the Hollywood facade.

From Redford's personal papers, journals, script notes, correspondence, and hundreds of hours of taped interviews, Michael Feeney Callan brings the legendary star into focus. Here is his scattered family background and restless childhood, his rocky start in acting, the death of his son, his star-making relationship with director Sydney Pollack, the creation of Sundance, his political activism, his artistic successes and failures, his friendships and romances. This is a candid, surprising portrait of a man whose iconic roles on-screen (Butch Cassidy and the Sundance Kid, All the President's Men, The Natural) and directorial brilliance (Ordinary People, Quiz Show) have both defined and obscured one of the most celebrated, and, until now, least understood, public figures of our time.