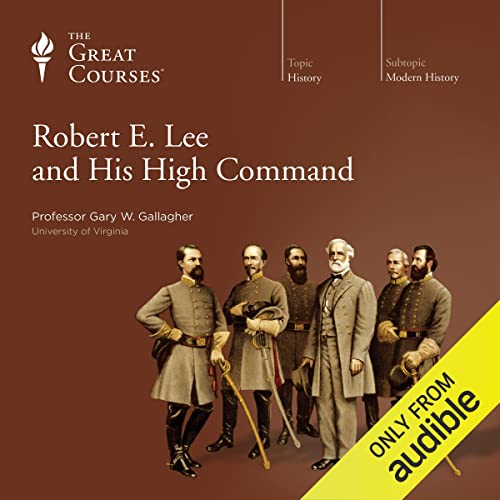 Few events have captivated students of American history like the Civil War. Its most striking personalities seem somehow outsized, magnified beyond the ability of books or even legend to contain them. And few among those personalities have ever held our attention like General Robert Edward Lee.

With his Army of Northern Virginia, Lee came to embody the cause of the Confederacy itself, inspiring a commitment from troops and civilians that eventually overshadowed even those given to its political leaders and institutions.

This riveting series of 24 lectures from one of the nation's most respected Civil War historians explains how this came to pass, and how - in a war that produced no other successful Confederate armies - this amazing leader was able to create and inspire an army whose achievements resonated not only across the Confederacy but also throughout the North and in foreign capitals like London and Paris.

You'll learn what Lee was actually like, and gain insights into his ideas about strategy and tactics. You'll grasp how battlefield events influenced public opinion on the home fronts of both the Union and the Confederacy. And, most of all, you'll grasp how crucial Lee's choices in forming his high command were to the war's events and outcome.

These lectures have been designed to appeal to everyone who wants to understand more about the Civil War and why it unfolded as it did, whether your interest is in the strategy and tactics underlying its major battles or in the broader context within which those battles took place.