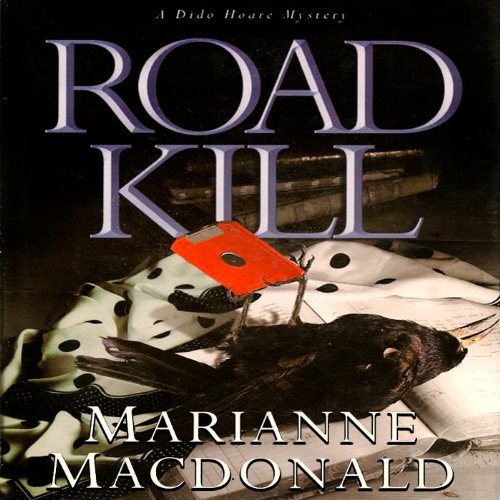 When Dido Hoare, antiquarian bookseller and single mother, receives a frantic call for help in the middle of the night, she rushes to her friend (and nanny's) side. Dido has no idea that she is about to enter a world where no one is what they appear to be and there is danger all around. Dido arrives at Phyllis's apartment building to find that the lights in the hallway have all been shattered and that the apartment has clearly been burglarized. There is no sign of Phyllis anywhere and when Dido calls out her name she finds that Phyllis had been locked in the closet. Dido frees her and the trouble really begins. Why did the burglars give Phyllis a phone to use? Why didn't they steal anything valuable-like the television or some jewelry? The only response that Phyllis gives to these questions is that Frank, her husband, told her to call him if anything should happen there while he was gone. What was Frank, an account and jailbird, expecting to happen? And where is he anyway---is it his body the police just found in a local park? Unaware that any harm has come to Frank, the women go about cleaning up the apartment. Two men posing as police officers show up and start asking questions. Phyllis recognizes one of the men from the night before and realizes that they are back looking for whatever they were after. Clearly the case is more than Dido can handle, but she can't tear herself away-not even when her father, Barnabas, and an inspector, Paul Grant, warn her how much danger she is in. As Dido continues her search for answers she is led to Lal Fisher, Frank's sister, and to other dangerous situations throughout London. Will Dido find all the answers before Ben, her son, has to grow up without a mother?