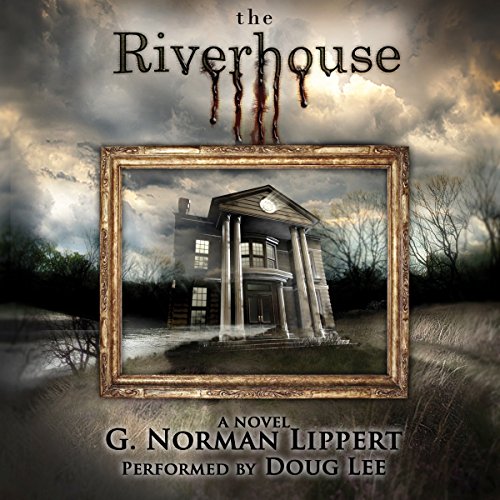 When painter Shane Bellamy attempts to relaunch his life by moving into a remote summer cottage on the Missouri river, he becomes enthralled by the property's original owners, famed depression-era artist Gustav Wilhelm, and his wife, Marlena; painting their long-dead secrets of betrayal and revenge in a series of increasingly bizarre works, Shane finds that he has not only recreated their dark story on canvas, but he has brought it dreadfully back to life all around him.

In the wake of his divorce and the loss of his New York art job, Shane is bereft and directionless. The cottage provides the perfect escape: small, picturesque, and lonely. There, he becomes fascinated with the history of the cottage, and that of its larger sister property, the Riverhouse, now demolished.

Shane embarks on an unusual painting project: recreating the Riverhouse on canvas, as it might have looked when it was first built. As the painting develops, surprising Shane both with its style and its strange, silent strength, he finds that the image is a sort of portal, inviting him into the Riverhouse's past. He learns of its owners, portrait artist Gustav Wilhelm, known for his arrogance as much as his genius, and of Wilhelm's wife, the beautiful but ignored Marlena. Their story blooms in Shane's mind like a dark rose, full of deepening mystery and harrowing secrets.

Gradually, Shane comes to realize that the decades' old drama isn't yet finished. Ghosts haunt the cottage, particularly the intriguing Marlena, and Shane finds himself inexplicably drawn to her, despite her otherworldly hatred of his tentative new love, art agent Christiana.

Eventually, Shane finds himself caught in the spiraling collision course of his own life and that of the Riverhouse, which has secretly risen from its dead foundation. He knows he should escape and yet he cannot seem to walk away. After all, he thinks, ghosts can't harm the living. Can they?