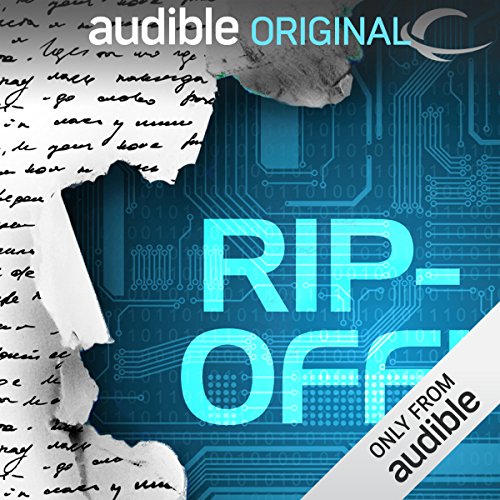 In Rip-Off!, 13 of today’s best and most honored writers of speculative fiction face a challenge even they would be hard-pressed to conceive: Pick your favorite opening line from a classic piece of fiction (or even non-fiction) - then use it as the first sentence of an entirely original short story.

In the world of Rip-Off!, "Call me Ishmael" introduces a tough-as-nails private eye - who carries a harpoon; The Wonderful Wizard of Oz inspires the tale of an aging female astronaut who’s being treated by a doctor named Dorothy Gale; and Huckleberry Finn leads to a wild ride with a foul-mouthed riverboat captain who plies the waters of Hell.

Once you listen to Rip-Off! you’ll agree: If Shakespeare or Dickens were alive today, they’d be ripping off the authors in this great collection.

The stories included in Rip-Off! are:

As a bonus, the authors introduce their stories, explaining what they ripped-off - and why.

"Thirteen authors, eight narrators--this themed anthology has something for everyone…. Longtime narrators Scott Brick and Stefan Rudnicki rub elbows with Star Trek alum Wil Wheaton and five others. The varied narrators mean that there's no common delivery style, but it's safe to say that everyone involved was having fun." (AudioFile)