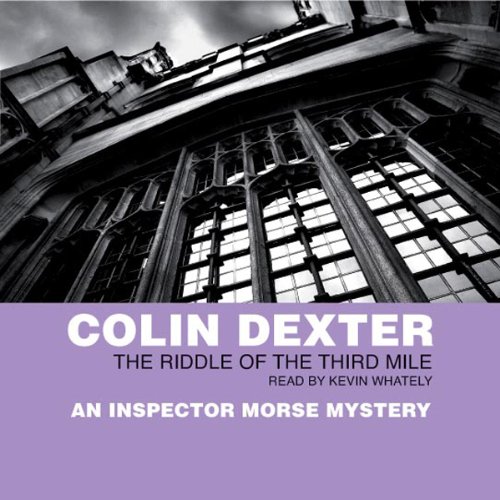 Riddle of the Third Mile

The thought suddenly occurred to Morse that this would be a marvellous time to murder a few of the doddery old bachelor dons. No wives to worry about their whereabouts; no landladies to whine about the unpaid rents. In fact nobody would miss most of them at all.

By the 16th of July the Master of Lonsdale was concerned, but not yet worried.

Dr Browne-Smith had passed through the porter's lodge at approximately 8.15am on the morning of Friday, the 11th of July. And nobody had heard from him since.

Plenty of time to disappear, thought Morse. And plenty of time, too, for someone to commit murder.

"[Morse is] the most prickly, conceited, and genuinely brilliant detective since Hercule Poirot." ( The New York Times Book Review)
"[Dexter] is a magician with character, story construction, and the English language....Colin Dexter and Morse are treasures of the genre." ( Mystery News)
"It is a delight to watch this brilliant, quirky man deduce." ( Minneapolis Star & Tribune)