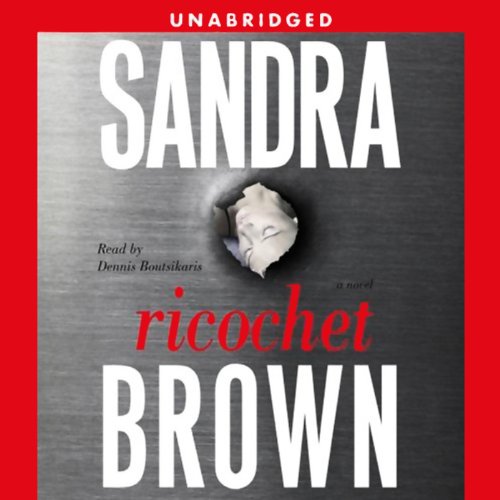 New York Times best-selling author Sandra Brown is back with a spine-tingling story of murder and betrayal, and a homicide detective's struggle with his own rules of conduct.

When Detective Sergeant Duncan Hatcher is summoned to the home of Judge Cato Laird in the middle of the night to investigate a fatal shooting, he knows that discretion and kid-glove treatment are the key to staying in the judge's good graces and keeping his job.

At first glance, the case appears open-and-shut: Elise, the judge's trophy wife, interrupted a burglary in progress and killed the intruder in self-defense. But Duncan is immediately suspicious of Elise's innocent act. And further investigation quickly puts Duncan's career in jeopardy because he can't deny his increasing attraction to Elisa Laird, even if she is a married woman, a proven liar, and a murder suspect.

Ricochet's plot twists, as only Sandra Brown can write them, make this a gripping thriller, in which a decent cop's worst enemy may be his own conscience...and trusting the wrong person could mean the difference between life and death.

"Gripping and absorbing, this is Brown's best thriller in years and a must-read for her many devotees." ( Booklist)
"Tight plotting, a hot love story with some nice twists, and a credible ending help make this a stand-out thriller." ( Publishers Weekly)