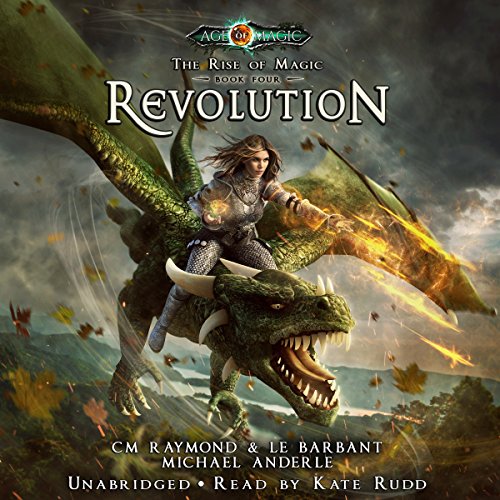 Revolution: A The Rise of Magic, Book 4

"No matter what," she said, "tomorrow ends with blood."

Adrien's master plan has been revealed and the battle lines are drawn. With the ashes of the Boulevard still hanging in the air, Hannah and team must race to prepare their ragtag army before the full might of Arcadia descends upon them.

While Karl works to whip his troops into shape, Parker invades the belly of the beast, and Hannah and Ezekiel head on diverging paths to seek help.

They've made a stand, but can they win the war?

Revolution brings the first arc of The Rise of Magic series to an explosive end, finally setting right decades of old wrongs and answering the question of good versus evil.

It's an action-packed story, filled with heart, humor, and the never-ending pursuit of justice.