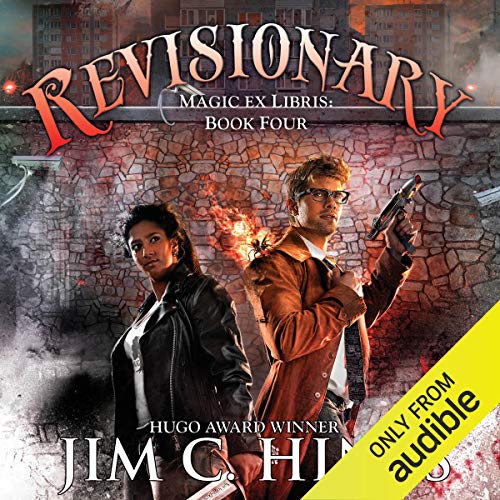 When Isaac Vainio helped to reveal magic to the world, he dreamed of a utopian future, a new millennium of magical prosperity. One year later, things aren't going quite as he'd hoped. An organization known as Vanguard, made up of magical creatures and ex-Porters, wants open war with the mundane world. Isaac's own government is incarcerating "potential supernatural enemies" in prisons and internment camps. And Isaac finds himself targeted by all sides.

It's a war that will soon envelop the world, and the key to victory may lie with Isaac himself, as he struggles to incorporate everything he's learned into a new, more powerful form of libriomancy. Surrounded by betrayal and political intrigue, Isaac and a ragtag group of allies must evade pursuit both magical and mundane, expose a conspiracy by some of the most powerful people in the world, and find a path to a better future. But what will that future cost Isaac and the ones he loves?