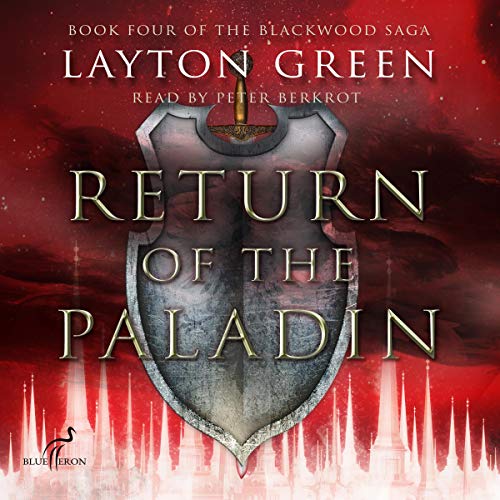 Return of the Paladin

Return of the Paladin

Three incredible journeys in the shadow of a revolution.

Distraught by the slaughter of his loved ones, Caleb embarks on a mission of revenge to the Tower of Elarion, a forgotten outpost on the Barrier Coast said to exist outside of time and space - and which Caleb believes holds the key to unlocking his inexplicable new powers.

With Caleb gone and Mala fleeing a deadly assassin from her past, Will agrees to lead a band of adventurers to recover the stolen Coffer of Devla. The last-ditch attempt to save the revolution takes Will, Yasmina, and their companions through a portal to Praha, the most dangerous city on Urfe: A place seething with thieves, monsters, and weird magic from another age.

And in New Victoria, unbeknownst to his brothers, eldest brother Val finds himself taken under the wing of Lord Alistair and ordered to perform a very important task: find the Coffer of Devla and secure it for the Congregation.

As the brothers’ lives on Urfe spiral further and further out of control, their individual journeys become a fulcrum for the fate of the Realm - and a forge that threatens to consume them.