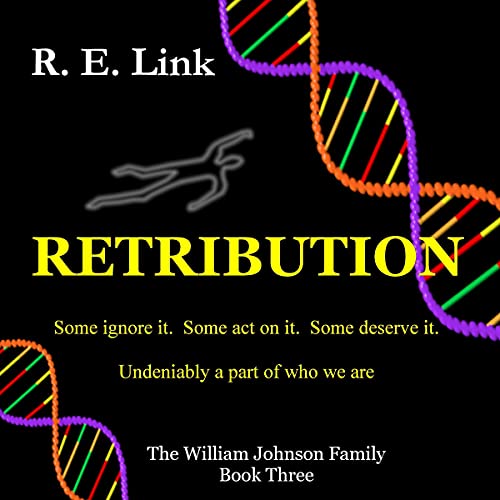 Retaliation. Revenge. Punishment. Ancient primal feelings that lay dormant within each of us, within our DNA. Waiting for the right moment to be called into action. Called out to balance the scales between wrong and retribution.

William Johnson is the most famous man in the world. A veteran hero of the alien war, whose personal sacrifice saved the human race from extinction. Following the war his inventive talents blossomed, and he became the most prolific and versatile inventor since Leonardo Da Vinci. He was knighted by the King of England as "The Hero of the World".

Over the course of his life, William Johnson has suffered the fallout of that fame. There was nowhere he could go without a crowd forming around him. Moreover, he was always under the watchful eye of government and big business, who considered his inventive talents their private asset to be manipulated, controlled, and exploited. Then, in 2067, the government made a move to seize one of his inventions and gave orders to its agents to eliminate anyone with any knowledge of it. They came after his grandson. A frightening event that William Johnson was not going to forget, nor forgive.

For years, William Johnson has planned the punishment of government for that attempt. And for years, he has been patiently waiting for the right moment to arrive. Today was that day. Today, William Johnson was going to break free and move himself out from under their control. He was changing the game, shifting their control over money and power. A conflict that would soon repeat itself across the country. However, changing the status quo would not come easy for anyone. Not for his family, and not for others who will suffer the consequence.