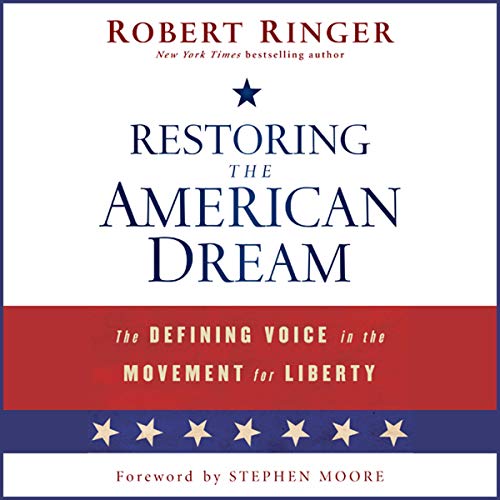 Long before the advent of conservative talk radio and Fox News, Robert Ringer was an outspoken advocate for the cause of freedom and free enterprise. In this classic work - updated for the 21st century - Ringer's basic premise is that liberty must be given a higher priority than all other objectives. The economic and political calamity that he warned about in the late seventies is now upon us, and his new edition of Restoring the American Dream is sure to resonate with the feelings of today's angry voters. In his book, Ringer explains that:

With Washington continuing to expand government power and spending at a record pace, Restoring the American Dream is a voice of sanity in a world gone mad.