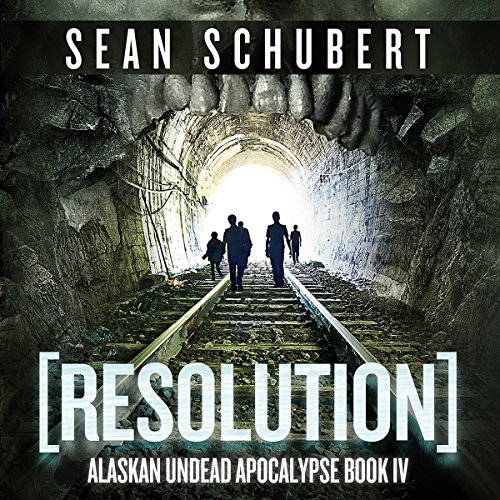 Finding the Whittier tunnel barred, separating the small city from the rest of Alaska and possibly from the undead infection, a flagging sense of hope is restored. Neil has led the dwindling band of survivors, including young Jules and Danny, through all the perils of this new world of the undead, including the relentless elements of the gathering winter season. Seeking sanctuary, Neil’s group is pursued by both the living and the dead, all yearning for their deaths. The survivors fled Anchorage and its streets teeming with flesh-eating zombies, narrowly escaping with their lives and now face dangers along Alaska’s Seward Highway which stretches southward to Seward, Alaska where it ends at the sea. Their options limited and their time running out, Neil and the others find themselves hoping against hope that Whittier has the answers. They must first find their own way into the city and then trust that the infection has not preceded them.

Resolution is the fourth and final installment in the Alaskan Undead Apocalypse series.