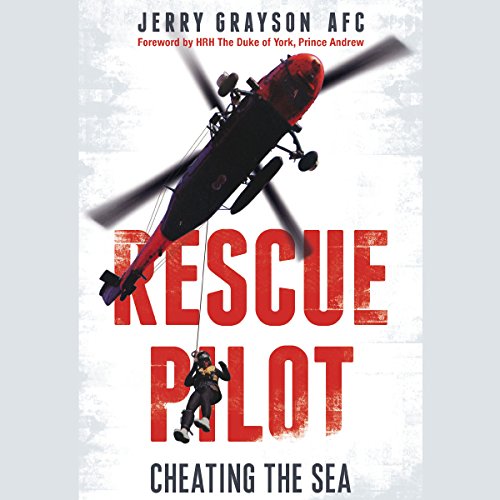 Jerry Grayson is an ordinary man who chose an extraordinary career. At age 17 he became the youngest helicopter pilot ever to serve in the Royal Navy. By age 25 he was the most decorated peacetime naval pilot in history.

For the navy's search-and-rescue pilots, getting to work is both an adventure and an ordeal. Whether rescuing a wounded fighter pilot who has ditched in the sea, saving desperate survivors from a sinking ship, or picking up a grievously ill crewman from the deck of a nuclear-armed submarine that is playing a cat-and-mouse game with the Soviet navy, Jerry Grayson has lived a life of unparalleled excitement and adventure.

His finest hour came during the infamous Fastnet Yacht Race of 1979, in which 25 yachts were lost. When a catastrophic storm enveloped the competitors he and his crew pushed their Wessex helicopter to its absolute limits and put their own lives at risk, flying into hurricane-force winds to winch shipwrecked sailors from heaving, tempestuous seas. An investiture at Buckingham Palace with her majesty the queen was the result.

Being a rescue pilot is fast paced because there is no choice. Lives are at stake, and pilots must move and think fast. Jerry Grayson's inside view of this heroic service is as inspirational as it is celebratory. Excitingly told, frequently funny, but also very poignant, Jerry's story is not an account of just one man's deeds - it is a salute to all the men and women he worked with who were able to turn tragedies into triumphs.