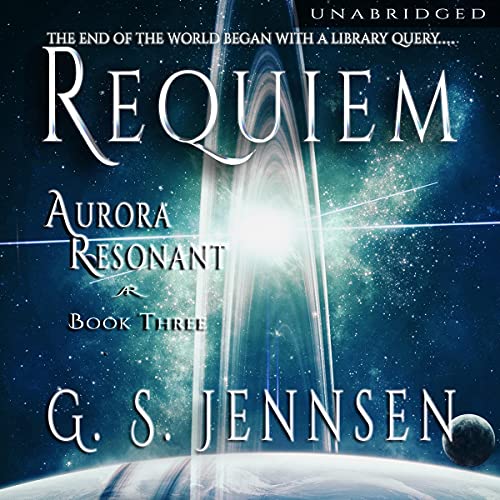 The end of the world began with a library query. How will it conclude?

What began as a chance discovery of an anomalous signal is now a multiverse war between humanity and its genetic ancestors over who controls the levers of life and death. Over who decides what life is and whether it will be allowed to exist. For the ruling Anaden Directorate, victory means immortality. For humanity, defeat means extinction.

On the heels of a breakthrough in wormhole technology, AEGIS and the anarchs enjoy the upper hand in the war. But their escalation pushes the Directorate to the brink, and now, it will stop at nothing to destroy its enemy.

“Dangerous we can do. Nearly impossible we can do. All we need is the tiniest odds of success.”

The Directorate has perfected the art of conquest through obliteration. But humanity has advantages the Anadens do not. They are led by a woman who’s made a career of meeting the devil at the crossroads and sending him home in defeat. Caleb Marano wields a power as ancient as the universe itself. Alex Solovy manipulates the fabric of space-time at her whim. Unlike the Directorate, they fight for something greater than themselves. And now, they have one more Solovy on the team.

In the thrilling finale of Aurora Rhapsody, events rush headlong toward an explosive conclusion that will decide the fate of civilizations, and only the victor is making it out the other side.

Our universe is but a snow globe - an experiment born of desperation and hope. The true universe is unfathomably vast, teeming with life and untold wonders. And it is enslaved. Created by ancient aliens in a daring gambit to understand the nature of the enemy, humanity is now asked to be the savior of a universe not their own. If they are to succeed, they must rise above not only their fractious past, but the sins of their genetic ancestors to boldly embrace a future they never dared imagine possible.