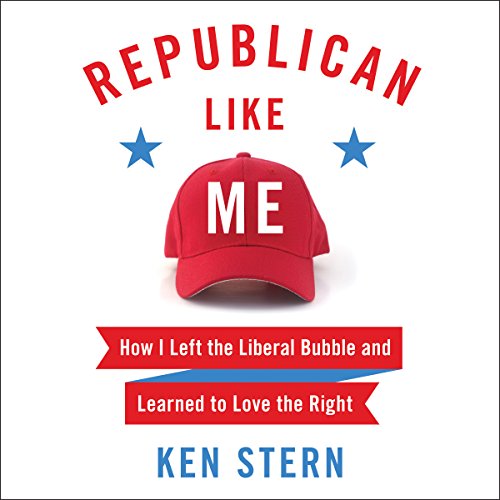 The former CEO of NPR set out for conservative America to find out why these people are so wrong about everything. It turns out they weren't.

Ken Stern watched the increasing polarization of our country with growing concern. As a longtime partisan Democrat himself, he felt forced to acknowledge that his own views were too parochial, too absent of any exposure to the "other side". In fact, his urban neighborhood is so liberal, he couldn't find a single Republican - even by asking around.

So, for one year, he crossed the aisle to spend time listening, talking, and praying with Republicans of all stripes. With his mind open and his dial tuned to the right, he went to evangelical churches, shot a hog in Texas, stood in pit row at a NASCAR race, hung out at Tea Party meetings, and sat in on Steve Bannon's radio show. He also read up on conservative wonkery and consulted with the smartest people the right has to offer.

What happens when a liberal sets out to look at issues from a conservative perspective? Some of his dearly cherished assumptions about the right slipped away. Republican Like Me reveals what led him to change his mind and his view of an increasingly polarized America.