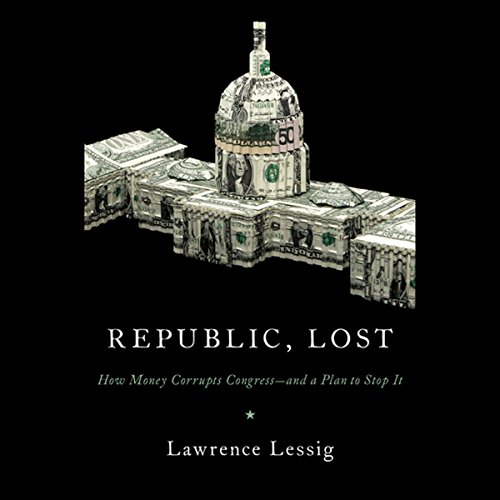 In an era of ballooning corporate campaign expenditures, unleashed by the Supreme Court in Citizens United, trust in our government is at an all time low. More than ever before, Americans believe that money buys results in Congress - and that our Republic has been lost.

Using examples that resonate as powerfully on the Right as on the Left, Republic, Lost not only makes clear how the economy of influence defeats the will of the people, but offers cogent strategies to correct our course - from a constitutional convention to a Regent Presidency.

A onetime friend of Barack Obama, Lessig, a professor of law at Harvard, is as critical of the president and the Democratic Party as he is of Republicans. Both have allowed the core institution of our democracy to become little more than a shill for the most powerful moneyed interests in our Republic.

America may be divided, argues Lessig, but we must recognize that corruption is our common enemy, and we must find a way to fight against it.