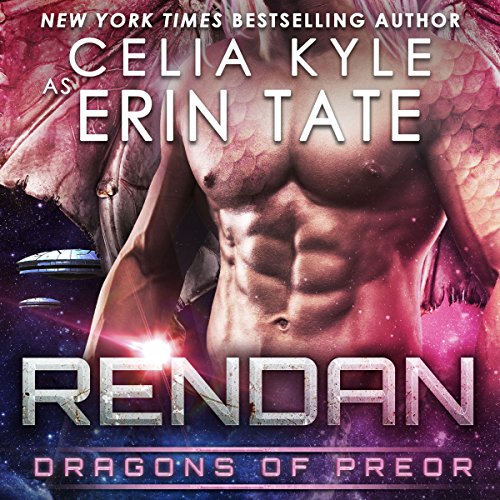 Rendan sen Tarkan, Offense Master to the Preor Third Fleet, has found his human mate. She is small compared to him, but her curves, delicious scent, and sky blue eyes call out to his soul. He has waited for a female for over two centuries and he will fight - kill - any who dare attempt to take her. Even one of his own males.

One moment Carla was unemployed and the next she was on the Preor battleship, working as a nurse for human-Preor mates. Oh, and the next moment? That was when she found her sexy, alien pink-scaled mate. Then she watched the muscular dragon shifter get beat to hell. And then she was assigned a condo in Preor Tower on Earth. The person in the condo next door? That sexy, alien pink-scaled male.

Learning about the proud alien warrior isn't trouble free, but it's easier than almost dying. Yeah, almost. But the Preor who tried to end her life? Well, he doesn't quit easily. She only hopes Rendan is there to save her when the alien tries to end her life once again.