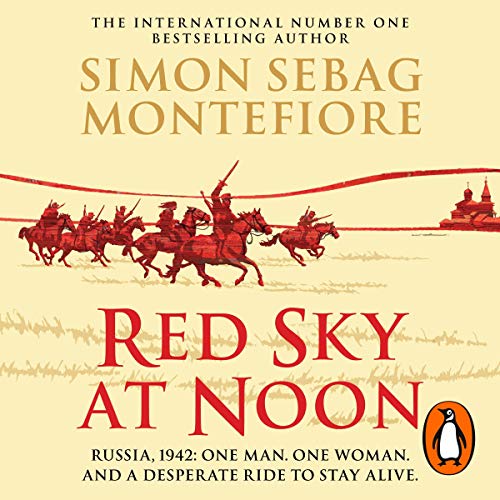 'The black earth was already baking, and the sun was just rising when they mounted their horses and rode across the grasslands towards the horizon on fire....'

Imprisoned in the Gulags for a crime he did not commit, Benya Golden joins a penal battalion made up of Cossacks and convicts to fight the Nazis. He joins the Russian cavalry, and on a hot summer day in July 1942, he and his band of brothers are sent on a desperate mission behind enemy lines.

Switching between Benya's war in the grasslands of Southern Russia and Stalin's plans in the Kremlin, between Benya's intense affair with an Italian nurse and a romance between Stalin's daughter and a journalist also on the Eastern Front, this is a sweeping story of passion, bravery and human survival, where personal betrayal is a constant companion and death just a heartbeat away.

"A master storyteller - his fiction is compelling." ( GQ)
"A natural storyteller who brings his encycolopedic knowledge of Russian history to life in language that glitters like the ice of St Petersburg." ( Washington Post)