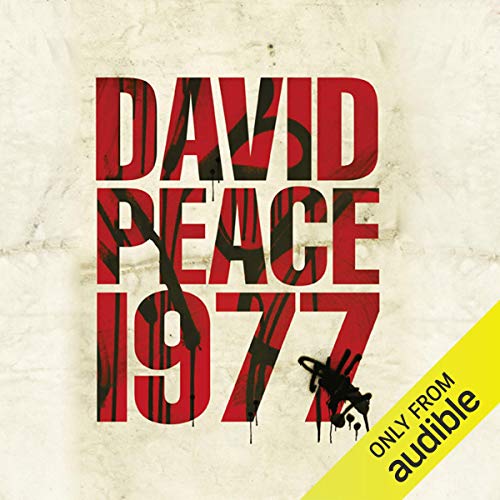 If you thought fiction couldn't get darker than then think again. Nineteen Seventy Seven, the second instalment of the Red Riding Quartet, is one long nightmare.

Its heroes - the half decent copper Bob Fraser and the burnt-out hack Jack Whitehead - would be considered villains in most people's books. Fraser and Whitehead have one thing in common though; they're both desperate men dangerously in love with Chapeltown prostitutes.

And as the summer moves remorselessly towards the bonfires of Jubilee Night, the killings accelerate and it seems as if Fraser and Whitehead are the only men who suspect or care that there may be more than one killer at large.

Out of the horror of true crime, David Peace has fashioned a work of terrible beauty. David Peace (born 1967) is an English author.

He was named one of the Best of Young British Novelists by Granta in 2003 and won the 2004 James Tait Black Memorial Prize for Fiction. Also known for his novels GB84 and The Damned United, the latter was made into a feature film starring Michael Sheen.

"Quite simply, this is the future of British crime fiction." ( Time Out)
"The pace is relentless, the style staccato-plus and the morality bleak and forlorn....Peace's voice is powerful and unique." ( Guardian)

"1977" is narrated by two protagonists (Jack Whitehead and Bobby Fraser) in the first person. A bit confusing at first, but Saul Reichlin is such an outstanding narrator that it becomes easy to distinguish between the different persons appearing in this book.