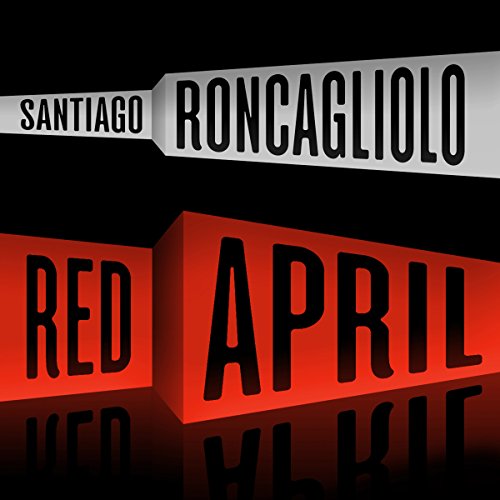 Peru, the 1980s and 1990s: It was a cruel, bloody and terrifying era. The rebels of Sendero Luminoso ("Shining Path"), founded by philosophy professor, Abimael Guzman, slaughtered vilagers in the mountains and hung dogs from power lines, their carcasses canvases for Maoist slogans. The government responded with a corrosive mix of assasination, bribery and intrigue which brought down the rebel leader but triggered the fall of the president. For some this described a successful counterinsurgency, for others a cautionary tale about the cost to democracy of fighting terrorism. For all this period of Peru's history was a nightmare.

Red April - remarkable for the self-assured clarity of its style, the inexorable momentum of its exposition, and the moral complexity of its concerns - traces the investigation of a bizarre, horrible murder, conducted by a mother-haunted, literature-loving, by-the-book prosecutor, Felix Chacaltana Saldivar, a heretofore unambitious petty bureaucrat abandoned by his wife. He has done nothing bad in life, nothing good. But as we follow the propulsive twists and turns of his investigation, we are compelled to confront what happens to a man and a society when death becomes the the only form of life.

A note to the listener of Red April from the author: "The Senderista methods of attack described in this book, as well as the counter-subversive strategies of investigation, torture, and disappearance, are real. Many of the dialogues of the characters are in fact quotations from Senderista documents or statements made by terrorists, officials, and members of the armed forces who participated in the conflict.... However, all the characters, as well as most of the situations and places mentioned here are fictitious, and even factual details have been taken out of the context of their place, time, and meaning. Like all novels, this book recounts a story that could have happened, but its author does not confirm that it did happen this way."