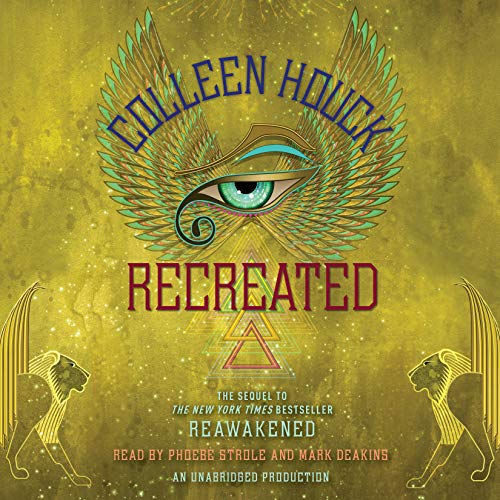 From Colleen Houck, New York Times best-selling author of The Tiger's Curse, comes Recreated, the second book in the epic Egyptian-inspired Reawakened series, in which a 17-year-old must literally go to hell to save the love of her life.

Lily Young thought traveling across the globe with a reawakened sun prince was a grand adventure. Now she's about to embark on the journey of a lifetime.

When Amon and Lily part tragically, he transports himself to the Netherworld - what mortals call hell. Tormented by the loss of his one true love, he'd rather suffer in agony during Lily's mortal years than fulfill his duty to protect humanity.

Heartbroken, Lily seeks refuge on her grandmother's farm. Yet she can feel Amon's pain, and she has been having dreams - dreams of Amon continually suffering.

For before he departed, Amon gave Lily something very special, an item that connects them even though they are worlds apart. Now Lily must use this object to free him and to free their realms from darkness and utter chaos. She will do whatever it takes.