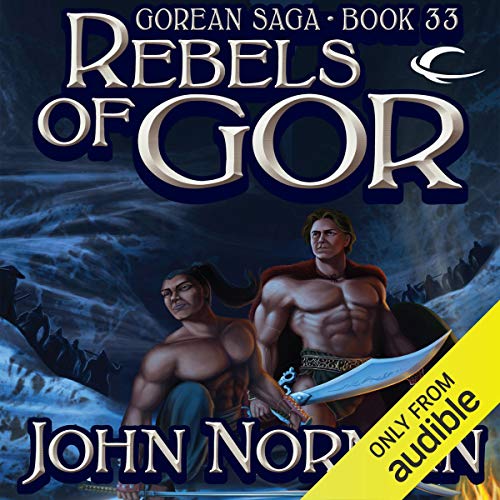 John Norman's epic Gorean Saga is one of the longest-running and most successful series in the history of fantasy. It is also one of the most controversial. Over the course of more than thirty books produced over a span of six decades, the series has sold millions of copies and built legions of fans unrivaled in their devotion.

Rebels of Gor Book 33 of the Gorean Saga John Norman takes you on a journey to “World’s End,” a set of once-unknown islands far west of the continental mainland.

Lying across vast, turbulent Thassa, these mysterious islands were reached for the first time during the historic voyage of the ship of Tersites. Now this remote locale has been chosen by two warring, technologically advanced species - the bestial, imperialistic, predatory Kurii, and the retiring, secretive Priest-Kings, the “gods of Gor." On this all-too-real “gaming board," a roll of the dice will determine the fortunes and fate of Gor - and perhaps that of Earth. Few realize the momentous nature of the conflict, seeing in it no more than a local war for territory and power. Those who grasp the dimensions of the game realize that the stakes are nothing less than the world itself.