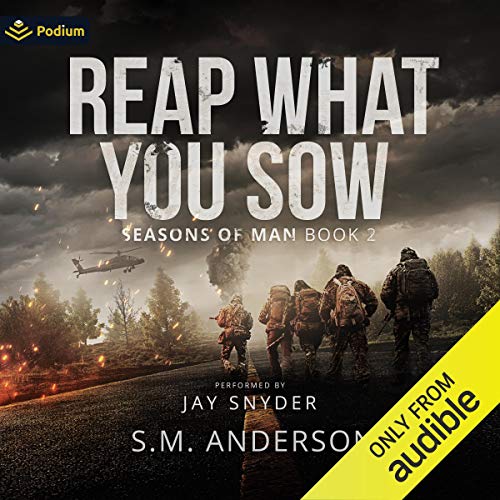 Reap What You Sow

"The Suck" - the virus that claimed 97 percent of humanity - is gone.

The arrival of other survivors with a different take on the future may be as dangerous as the virus itself. In the middle, with their hands on the scales, is a group of former soldiers and civilians who survived the virus in Antarctica. They’ve arrived to find a dead world, with no rules.

The best-selling story of Jason, Pro, and Rachel continues where End of Summer, book one of the Seasons of Man series, left off. The author is a former CIA operations officer who has decided his lifelong love of writing is more fun than real work.