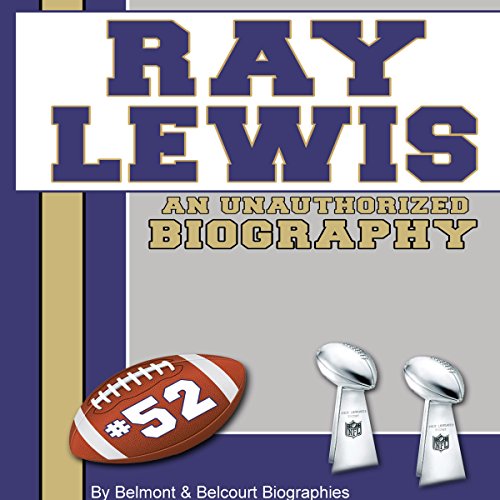 Two-time Super Bowl Champion Ray Lewis is a controversial man who has lived a controversial life. Even though the former Ravens linebacker was one of football's most dominant defensive players for much of 17 years, his name is forever frozen in a single event that occurred after Super Bowl XXXIV in Atlanta in 2000. While he was never convicted of the murders he was charged with and the case against him didn't seem strong, the public conviction may never go away.

Most fans are aware of the basics of Lewis’ story, but in order to truly understand Ray Lewis, you must first understand where he came from. This unauthorized biography explores Lewis’ upbringing, his high school and college careers, and details his breakthrough into the NFL, all the way through his Super Bowl XLVII victory against the San Francisco 49ers.

Lewis’ exceptional talents, charismatic personality, and controversial history have many people wondering where his post-football career will take him next. Inside, you will discover where it all started and learn why Ray Lewis is such a lightning rod for controversy. From family to football to the future, all you need to know about Ray Lewis is right here, right now, in the most up to date coverage of his life.

This audiobook also includes all of Ray Lewis’ NFL statistics.