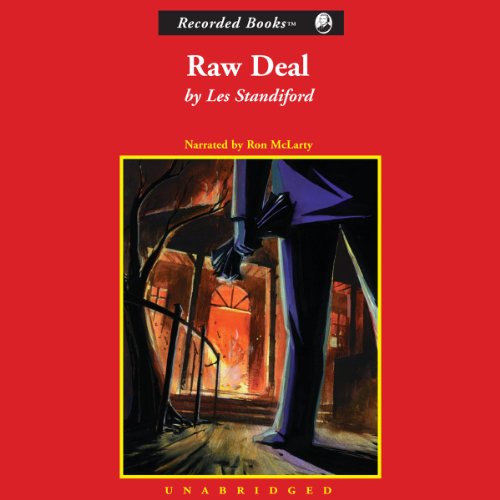 If you like audiobooks laced with dark, gritty suspense, you won’t be disappointed by this addition to the adventures of Johnny Deal. Set in Miami, each novel in Les Standiford’s gripping series glows with the heat of danger and deception. In the wake of a major hurricane, Johnny Deal, a Miami contractor, is busy with renovations and enjoying new prosperity. But the ambitious plans of a Cuban sugar baron are about to remove the sweet taste of success from Johnny’s life. Hired thugs send Deal’s plans up in flames, but it’s not just the contracting business that is at stake. Johnny’s wife and infant daughter are in danger, too. As Johnny struggles to outwit a villain whose style adds a new definition to cruelty, he is caught between anger and guilt, violence and manipulation. Get ready for a listening experience that will scorch your ears. Reminiscent of James W. Hall’s work, Raw Deal is pure Florida noir.