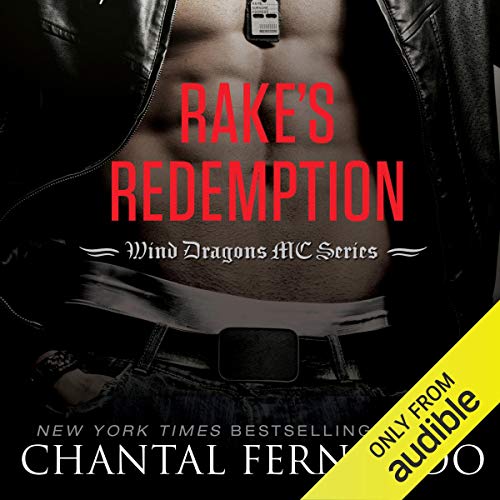 In New York Times best-selling author Chantal Fernando's latest novel in the Wind Dragons Motorcycle Club series, Rake - baddest of the bad boys - gets his own romance at last!

Rake is known for being up for anything, in and out of the bedroom. He's wild, he's deadly, yet quick with a joke or a stolen kiss. Known as the player of the WDMC, he loves women - the more the merrier. However, behind his womanizing façade, Rake hides the pain of losing his first love, Bailey. He hasn't loved anyone since and doesn't think he ever will.

Seven years after their split, Rake and Bailey run into each other at the MC's favorite club. Old wounds resurface, secrets are spilled...and passionate feelings are awakened. But they've each done things to hurt the other, hurt them too badly to get over it - haven't they? Only when Bailey's connection to Rake puts her in danger from another Club member does he realize that there's nothing he won't do to protect her - and claim her as his once again.