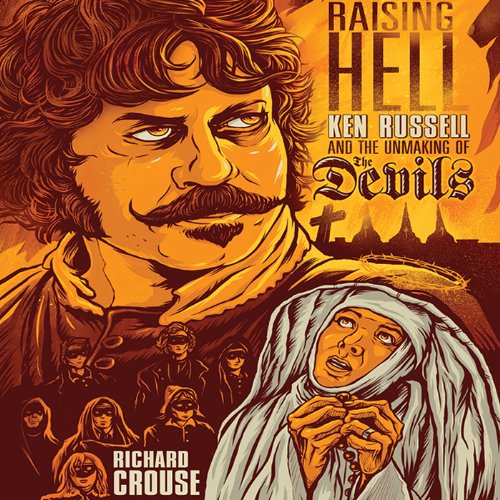 Wrought with intense sexual and violent imagery, Ken Russell’s The Devils has faced more than its fair share of censorship and editing over the years and, in some countries, the movie is still banned. Film critic, Richard Crouse, has compiled here in Raising Hell: Ken Russell and the Unmaking of the Devils a unique and thorough examination of this controversial film. Veteran narrator Bob Loza gives confident and easygoing performance, highlighting the humor and entertainment within all of Crouse’s research. Listen along, as Crouse explores the sordid history of this movie and tries to figure out just why it’s had a hard time ever getting the release it deserves.

From exclusive interviews with director Ken Russell and new interviews with cast, crew, and historians, comes this examination of the beautifully blasphemous film The Devils. Based on historical fact, this controversial 1971 film is about an oversexed priest and a group of sexually repressed nuns in 17th-century France and the ensuing trials and exorcisms that followed. Detailing the production and the personalities of two of cinema’s great eccentrics, director Ken Russell and star Oliver Reed, Crouse delves deeper to explore the aftermath of the film. Chiefly, the question asked is: How can a movie by one of the most famous filmmakers in the world end up banned, edited, and ignored by the company that owns it?