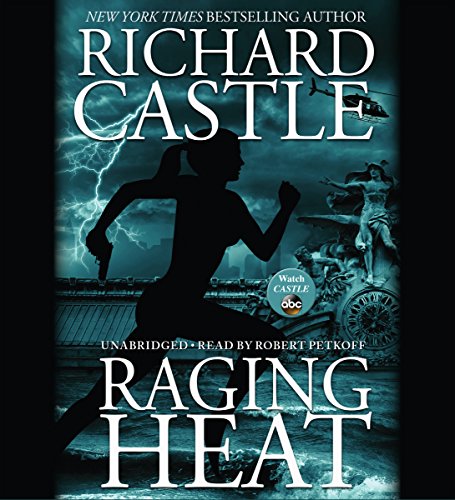 In New York Times best-selling author Richard Castle's newest novel, an illegal immigrant falls from the sky and NYPD Homicide Detective Nikki Heat's investigation into his death quickly captures the imagination of her boyfriend, the Pulitzer Prize-winning journalist Jameson Rook. When he decides to work the case with Heat as his next big story, Nikki is at first happy to have him ride along. Yes, she must endure Rook's usual wild conspiracy speculations and adolescent wisecracks, but after reuniting following his recent assignment abroad, she's glad for the entertainment, the chance to bounce ideas, and just to be close to him again and feel the old spark rekindle. But when Rook's inquiry concludes that Detective Heat has arrested the wrong man for the murder, everything changes.

Balancing her high stakes job with a complicated romance has been a challenge ever since Nikki fell for the famous reporter. Now, her relationship lurches from mere complexity into sharp conflict over the most high-risk case of her career. Set against the raging force of Hurricane Sandy as it pounds New York, Heat battles an ambitious powerbroker, fights a platoon of urban mercenaries, and clashes with the man she loves. Detective Heat knows her job is to solve murders. She just worries that solving this one will be the death of her relationship.

I just love the Castle crime novels, they are exciting, surprising, intelligent, funny and have a lot of heart and soul, too.
What especially intrigues me is the author's skill at including a lot of key elements and details from the cases in the TV show, combining them in seemingly familiar yet actually completely new scenarios.
I wish there were more writing like this.