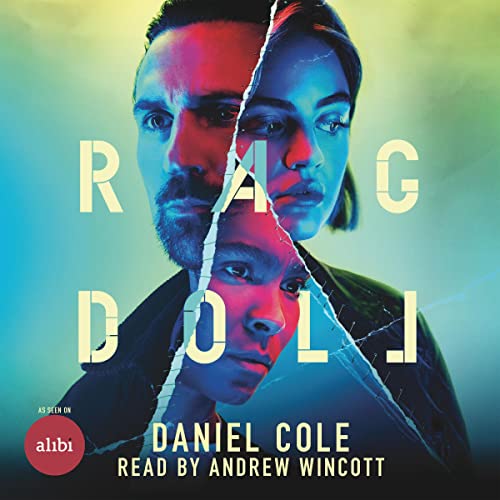 The nation is gripped by the infamous Ragdoll Killer. Every news bulletin and headline is obsessed with this story. Your friends, your family and your neighbours are all talking about it.

Believe the hype. Sold in over 32 countries and counting,

Ragdoll is the standout thriller of the year.

A body is discovered with the dismembered parts of six victims stitched together like a puppet, nicknamed the 'ragdoll' by the press.

Assigned to the shocking case are Detective William 'Wolf' Fawkes, recently reinstated to the London Met, and his former partner, Detective Helen Baxter. The Ragdoll Killer taunts the police by releasing a list of names to the media and the dates on which he intends to murder them. With six people to save, can Fawkes and Baxter catch a killer when the world is watching their every move?

I can't wait for Daniel Cole's next book - hopefully, again narrated by Andrew Wincott - to be published.