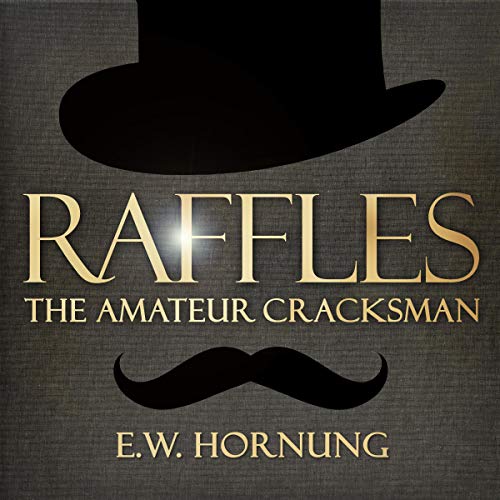 By day, AJ Raffles is a debonair man-about-town and one of England's finest cricketers. By night - he's London’s most notorious thief! Classic crime to rival Sherlock Holmes.

If you walk down London’s Piccadilly, you come across an elegant Georgian building set back from the constant stream of traffic. This is The Albany, an imposing warren of ‘bachelor’ apartments which has been home to a string of celebrities for over two centuries, from Lord Byron to Terence Stamp. But The Albany was also the address for one of the greatest fictional creations of late 19th-century crime writing, AJ Raffles.

The author, E.W. Hornung was not as well-known as his brother-in-law, Sir Arthur Conan Doyle, yet in many ways, Hornung was a better writer and Raffles a cleverer star then even Sherlock himself. For Raffles operates on the wrong side of the law, yet remains a magnetic and sympathetic personality.

On the surface, Raffles is a gentleman cricketer straight out of the pages of Boy’s Own - yet from the very first story, The Ides of March, we discover that this is all a pretence: behind the mask is a bankrupt who commits a series of sensational crimes to finance his champagne and cigars lifestyle - and his flat in The Albany.

What separates Raffles from Holmes is that he’s more recognizably human and fallible - he doesn’t always lift the loot, and bad luck throws him a few curve balls. Whether the setting is an English country house or the Australian outback, Raffles’s diamond-hard determination, his lightning ingenuity and profound knowledge of human nature are always on display, and though he could have been hanged for any one of these crimes, Raffles remains a man you wouldn’t mind sharing a cocktail or two with during a night out on the town.