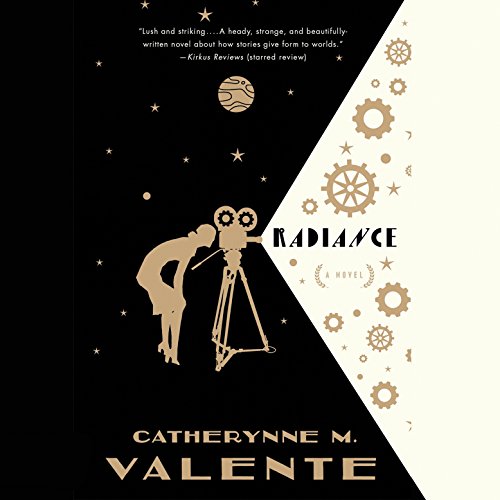 Severin Unck's father is a famous director of Gothic romances in an alternate 1986 in which talking movies are still a daring innovation due to the patent-hoarding Edison family. Rebelling against her father's films of passion, intrigue, and spirits from beyond, Severin starts making documentaries, traveling through space, and investigating the levitator cults of Neptune and the lawless saloons of Mars. But her latest film, which investigates the disappearance of a diving colony on a watery Venus populated by island-sized alien creatures, will be her last. Severin is a realist in a fantastic universe.

Quite confusing, but fascinating

Although I am through the book now, I still don't really know what it was about. Perhaps this book can be compared to a piece of modern art, you need some time to get used to it. Maybe this will be one of the few books that I read twice. I am sure that there will still be much left to discover.
A beautiful book about whales on Venus, although not real whales.