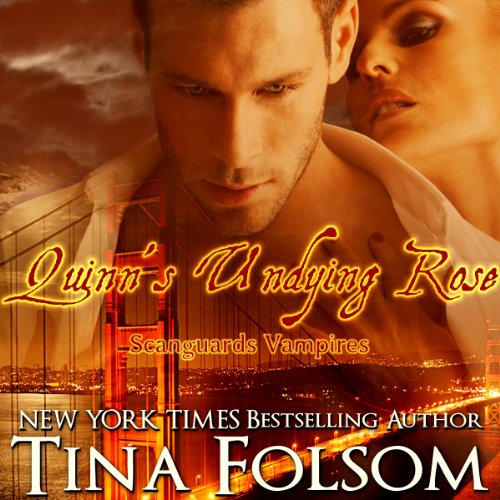 Vampire bodyguard Quinn has lived the last 200 years as a playboy trying in vain to forget the only woman he has ever loved: His human wife Rose, who he believes to be dead.

But Rose is very much alive. Now a vampire herself, she has lived in hiding from Quinn all of these years, having faked her death to hide from him a terrible secret - one she knows would drive him to kill her.

When a powerful and evil vampire threatens to destroy Rose's - and Quinn's - only living descendent, she has no choice but to come out of hiding and ask for Quinn's help. As Quinn struggles with the shock of Rose's reappearance, and they reunite to battle a common foe, they rekindle the flames of their past. But will the passion that reignites between them be enough to overcome the secret that separates them?