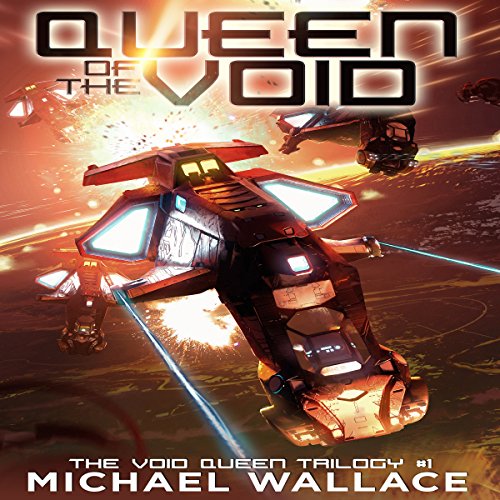 Queen of the Void

Flying at the helm of a powerful battle cruiser, former pirate Catarina Vargus leads a collection of colonists, miners, engineers, and navy personnel to establish an outpost far beyond the frontier. The Royal Navy needs a forward operating base in their war against the alien race known as Apex, who has vowed to exterminate all sentient life in the quarter.

Catarina's expedition soon draws the attention of Scandian marauders, driven from their home worlds by plague and war in search of plunder. Enraged by the intrusion into their territory and greedy to seize her fleet and supplies, they mount a fleet of star wolves to destroy her base before it can get a toehold.

The first book of the new sci-fi trilogy by Wall Street Journal best-selling author Michael Wallace, Queen of the Void is an exciting space opera for both new listeners and fans of the best-selling Starship Blackbeard universe alike.