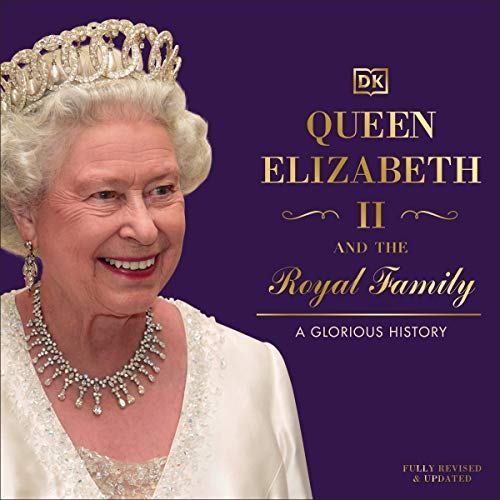 A dazzling account of Queen Elizabeth II and the royal family.

A magnificent tribute to the life and reign of Queen Elizabeth II and a celebration of the British royal family.

This audiobook is a stunning guide to the world's most famous royals, from the Queen's Norman predecessors to her great-grandchildren. It features events such as the royal wedding of Prince William and Kate Middleton, and profiles on key people such as Princess Diana and Prince Harry. This new edition is revised to include the most recent events and milestones, such as the retirement of the Duke of Edinburgh, the birth of Charlotte, Louis, Archie and other new family members, Harry and Meghan's wedding, and their decision to step back as senior members of the royal family.

This audiobook examines the Queen's life in detail from her childhood to today, but also goes back through more than 1,000 years of history to tell the story of the House of Windsor and the entire succession of kings and queens of England and Scotland. This is the perfect book for fans of the Queen and royal family, fans of the Netflix series The Crown, or anyone interested in the history of the British monarchy.