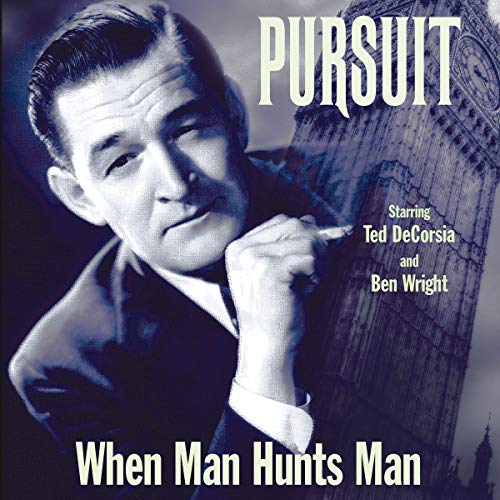 “A criminal strikes - and fades quickly back into the shadows of his own dark world! And, then - the man from Scotland Yard, the famous Inspector Peter Black, and the dangerous, relentless Pursuit!”

Two radio stalwarts, Ted DeCorsia and Ben Wright, give voice to the dignified, professional, and persistent Peter Black. Once on a case, he never relents until the suspect is behind bars. Black’s boss, Chief Inspector Harkness, is portrayed by Bill Johnstone - who also sets the tone each week as the powerful narrator of the series.

Skillfully directed by William Robson and Elliott Lewis, and taughtly written by masters of the craft Antony Ellis, Morton Fine, and David Friedkin, this series is sure to capture...your imagination.