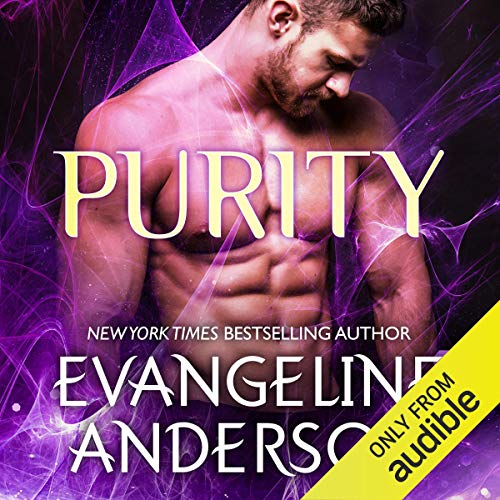 K is a fourth level Paladin and a servant of Purity - the holy nothingness she has been taught to revere and aspire to from childhood. Born on a sexless world from an artificial womb, K was fitted with a black mesh skinsuit at the tender age of nine. The suit nourishes and defends her from enemies and serves as her main weapon in the holy war her people have declared on the rest of the universe. It also eradicates even the slightest traces of emotion. Leading her purge squad in a never-ending mission to rid the universe of the Impure, K is accustomed to killing or enslaving everyone she meets.

That is, until she meets Boone.

Boone is a doctor and geneticist from Colossus - a heavy G world which has rendered the people who inhabited it larger and stronger than regular humans. He's more than happy to stay on his own planet and do research - until his little sister is taken by Purists and delivered to the pshalite mines. Frantic to rescue her, he hatches a desperate plot - capture a Paladin and use the enemy pawn to gain access to where his sister is being held. K falls into his net - but not without a fight. When she is wounded in the battle, Boone is forced to cut off her skinsuit in order to save her life.

Now, removed from her comforting routine and separated from the parasitic suit, K is beginning to change. Her body is blossoming and her mind is opening. For the first time in her life she can feel...whether she wants to or not. In order to survive in her new environment she has to cooperate with Boone.

However, she soon finds that it isn't just her body he holds prisoner...but also her heart.