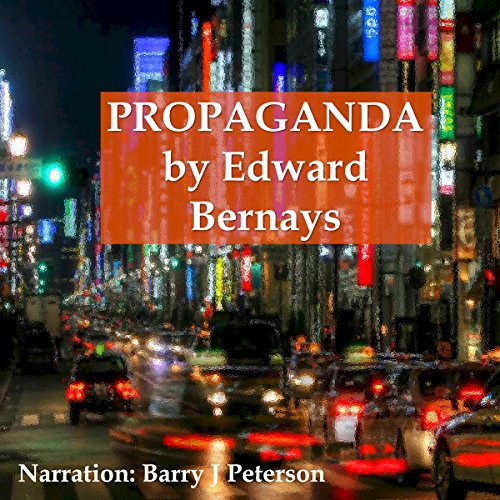 Propaganda, an influential book written by Edward L. Bernays in 1928, incorporated the literature from social science and psychological manipulation into an examination of the techniques of public communication. Bernays wrote the book in response to the success of some of his earlier works such as Crystallizing Public Opinion (1923) and A Public Relations Counsel (1927).

Propaganda explored the psychology behind manipulating masses and the ability to use symbolic action and propaganda to influence politics, effect social change, and lobby for gender and racial equality. Walter Lippman was Bernays' unacknowledged American mentor and his work, The Phantom Public, greatly influenced the ideas expressed in Propaganda a year later. The work propelled Bernays into media historians' view of him as the “father of public relations". Bernays' honest and practical manual provides much insight into some of the most powerful and influential institutions of contemporary industrial state capitalist democracies.