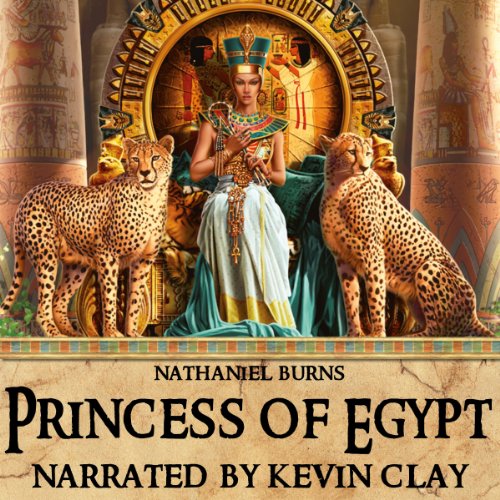 Neti-Kerty's reputation as Egypt's first female mummifier has apparently reached all the way to the Pharaoh. Neti-Kerty and Shabaka, Special Investigator and Prefect of Thebes, are astonished to be summoned to the palace of Ramses II to investigate the sudden death of the Vizier Khay. Thanks to her powers of deduction and knowledge of the dead, Neti soon determines that something is amiss.

As more people disappear during the investigation, the situation increasingly gets out of hands and before long Neti and Shabaka find themselves peering into the deepest recesses of the human soul....

Princess of Egypt returns us to a land steeped in gods, god-kings, ritual and magic. It paints for the reader a detailed picture of Pharaonic Egypt in all its shadowed glory. Faithfully recreating one of the most remarkable eras in Egypt's history, author Nathaniel Burns weaves a shudderingly ominous tale of ancient Egypt's mysteries revealed through a cast of characters the modern reader will recognize even though millenia have passed.

So light up the incense, sit close to the light and draw back the curtains on the shadowed past with this gripping tale of love and intrigue among the living and the dead in one of history's most intriguing civilizations.