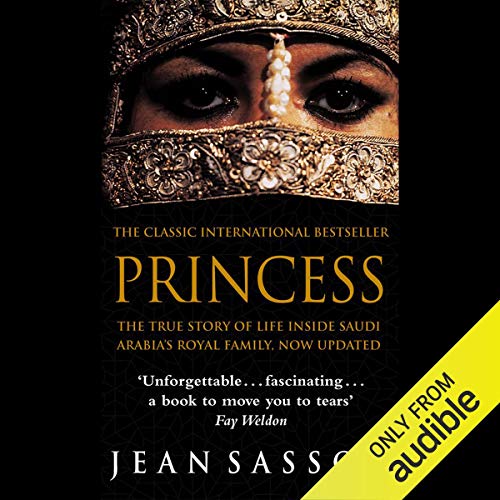 Princess describes the life of Princess Sultana Al Sa'ud, a princess in the royal house of Saudi Arabia. Hidden behind her black veil, she is a prisoner, jailed by her father, her husband, and her country.

Sultana tells of appalling oppressions, everyday occurrences that in any other culture would be seen as shocking human rights violations: 13-year-old girls forced to marry men five times their age; young women killed by drowning, stoning, or isolation in the "women's room". Princess is a testimony to a woman of indomitable spirit and courage, and you will never forget her or her Muslim sisters.

A New York Times best-seller, Princess was named one of the 500 Great Books by Women Since 1300. It was also an Alternate Selection of the Literary Guild and Doubleday Book Club and a Reader's Digest Selection.