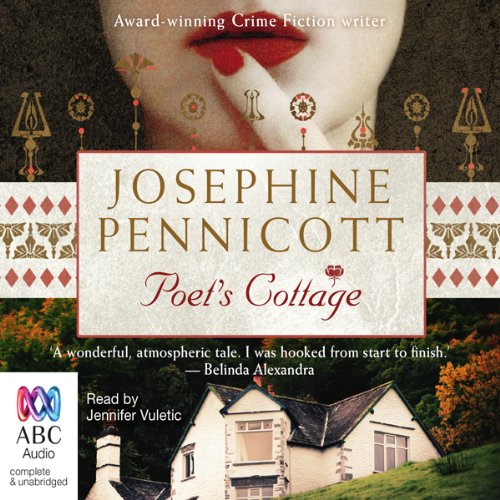 Poets had always lived there, the locals claimed. When Sadie inherits Poet’s Cottage in the Tasmanian fishing town of Pencubitt, she sets out to discover all she can about her notorious grandmother, Pearl Tatlow. Pearl was a children’s writer who scandalised 1930s Tasmania with her behaviour. She was also violently murdered in the cellar of Poet’s Cottage and her murderer never found. Sadie grew up with a loving version of Pearl through her mother, but her aunt Thomasina tells a different story, one of a self-obsessed, abusive and licentious woman. And Pearl’s biographer, Birdie Pinkerton, has more than enough reason to discredit her.

As Sadie and her daughter, Betty, work to uncover the truth, strange events begin to occur in the cottage. And as the terrible secret in the cellar threads its way into the present day, it reveals a truth more shocking than the decades-long rumours. Poet’s Cottage is a beautiful and haunting mystery of families, bohemia, truth, creativity, lies, memory, and murder.

"A wonderful, atmospheric tale. I was hooked from start to finish." (Belinda Alexandra)