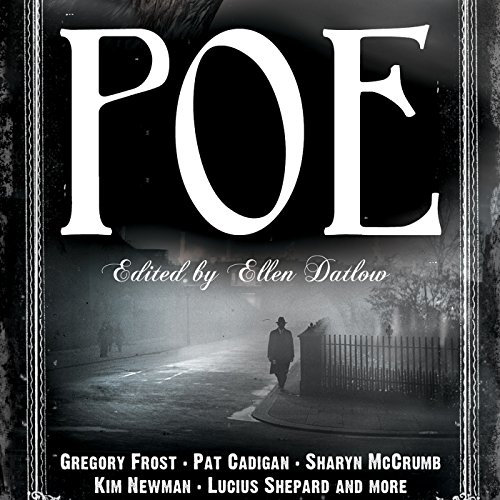 To coincide with the 200th anniversary of the birth of Edgar Allan Poe, this anthology celebrates the depth and diversity of one of the most important figures in literature. Compiled by multi-award winning editor Ellen Datlow, it presents some of the foremost talents of the genre, who have come together to reimagine tales inspired by Poe.

Sharyn McCrumb, Lucius Shepard, Pat Cadigan, M. Rickert, and more have lent their craft to this anthology, retelling such classics as "The Fall of the House of Usher", "The Tell-Tale Heart", and "The Masque of the Red Death", exploring the very fringes of the genre.

Introduction 2009 by Ellen Datlow; Illimitable Domain 2009 by Kim Newman; The Pickers 2009 by Melanie Tem; Beyond Porch and Portal 2009 by E. Catherine Tobler; The Final Act 2009 by Gregory Frost Strappado; 2009 by Laird Barron; The Mountain House 2009 by Sharyn McCrum;b The Pikesville Buffalo 2009 by Glen Hirshberg; The Brink of Eternity 2009 by Barbara Roden; The Red Piano 2009 by Delia Sherman; Sleeping with Angels 2009 by M. Rickert Shadow; 2009 by Steve Rasnic Tem; Truth and Bone 2009 by Pat Cadigan; The Reunion 2009 by Nicholas Royle; The Tell 2009 by Kaaron Warren; The Heaven and Hell of Robert Flud 2009 by David Prill; Flitting Away 2009 by Kristine Kathryn Rusch; Kirikh'quru Krokundor 2009 by Lucius Shepard; Lowland Sea 2009 by Suzy McKee Charnas; Technicolor 2009 by John Langan.