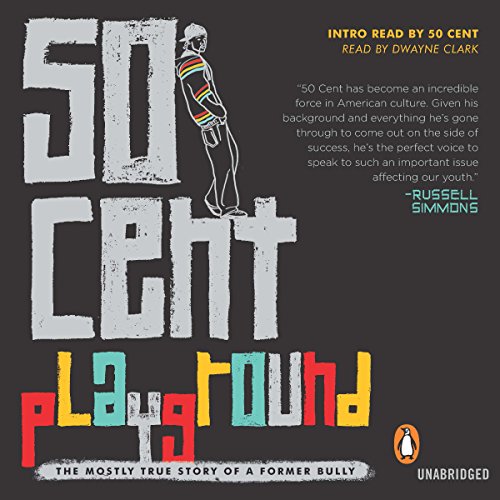 Thirteen-year-old Butterball doesn't have much going for him. He's teased about his weight. He hates the Long Island suburb his mom moved them to so she could go to nursing school and start her life over. He wishes he still lived with his dad in New York City - where there's always something happening, even if his dad doesn't have much time for him.

Still, that's not why he beat up Maurice on the playground.

Inspired by 50 Cent's own adolescence, Playground is a hard-hitting and inspirational story of the redemption of a bully.

"50 Cent has become an incredible force in American culture. Given his background and everything he's gone through to come out on the side of success, he's the perfect voice to speak to such an important issue affecting our youth." (Russell Simmons)
"I applaud [50 Cent] for writing this book for young adults about the terrible epidemic of bullying. He has the ear of his audience, and by sharing some of his own experiences, he is in the best position to help kids get through a frightening time and come out of it whole. As a mother, I thank him for teaching the basic human principles of kindness to one another." (Bette Midler)